Share a memory
Obituary & Services
Tribute Wall
Read more about the life story of Gayleen and share your memory.

It is with a heavy heart that we announce on Friday, January 13th Gayleen Andrews, of Opelika AL, passed away at the age of 85. Gayleen held many titles in her life: Wife, Mother, Sister, and Grandmother to 5 grandchildren (who affectionately called her MawMaw). On top of being a pillar to her family and friends, Gayleen also led a life of accomplishment, leadership, and trailblazing.

As a young woman, Gayleen was part of the first class of females to be admitted into the University of Oklahoma’s Mathematics Department, where she also was a member of the Alpha Gamma Delta sorority. This would be the first chapter in a long history of collegiate activities that Gayleen took part in throughout her life. Later, she would work in various administrative assistant positions at Auburn University and the University of Illinois. Eventually, she would manage the Computer Center at Drake University. Later in her life Gayleen would join her husband in the operation of Farmer’s Hybrid, as well as take on the role of President at FH Financial Services.

Gayleen married the love of her life, Olin Andrews, on December 24th, 1959. Together they raised three children (Bill, Terri, and William) who all went on to lead accomplished lives. At home, Gayleen was known to be a pillar of support for her family. Her husband would lovingly say “Gayleen earned her PHT in helping me get through my PHD”.  As a mom, Gayleen always found ways to support her children. Whether it was helping her oldest son to become an Eagle Scout, or supporting her daughter in theater and debate, or cheering her youngest son as he played hockey, she was always in the front row encouraging them to pursue their dreams. Everywhere her family went, Gayleen was right there to be their rock.

Gayleen was strong, resilient, and so full of kindness that it was overwhelming – but people were also warned that when Gayleen came to play Bridge, everyone else was playing for 2nd. When talking to her grandkids, she would always say she “loved them special”; when she did, they would know she meant it from the bottom of her heart. It is never easy to say goodbye. Gayleen had an effect on every person she came into contact with – she now lives on in the memories she gave us and the impact that she had on our lives.

Graveside Funeral Services will be held at Town Creek Cemetery in Auburn, AL on Saturday, January 21st at 10AM. 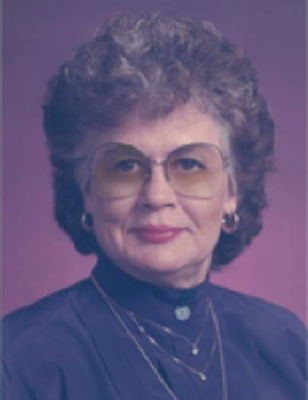