Plant a tree in memory of Grace
An environmentally-friendly option 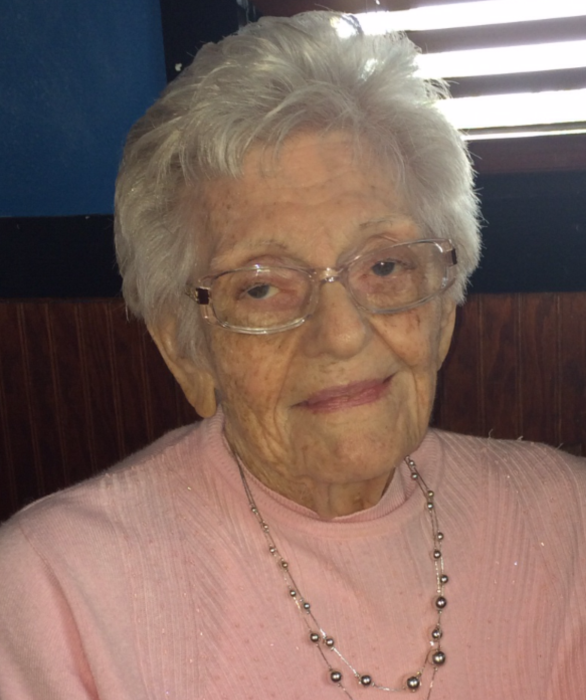 Grace Ward Collier passed away peacefully in her sleep, at Arbor Springs Nursing Home in Opelika, Alabama on June 2, 2021, at the age of 96. Grace was born, at her family home, in the Beehive community of Auburn, Alabama, to the late Dorothy and Robert Ward, on August 15, 1924. She was delivered into the world by her maternal grandfather, Dr. Orlando Velpeau Langley. Grace graduated from Auburn High School and received a Bachelor of Science Degree in Home Demonstration from Alabama Polytechnic Institute (Auburn University) in 1944 at the age of 20. War Eagle! She immediately began a career with the Alabama Extension Service, where she would eventually become Home Demonstration Agent for Elmore County (Wetumpka, Alabama). While in Wetumpka, she met the love of her life, Truman Warner Collier, to whom she wed in October of 1952.

In 1964, Grace and Truman, with their two children (Dottie and Bill), returned to the Auburn area. There they owned and operated a cotton farm and gin, cattle ranch, Wire Road Farm Center, as well as numerous other commercial and residential properties. Despite their array of successful business ventures, her greatest achievement in life was her home; that was filled with love and joy from her family, friends, and a menagerie of pets. Mrs. Collier was a member of Loachapoka United Methodist Church, serving on multiple boards and committees. Over the years, she was active in a host of other community clubs and organizations.

The family is thankful for the assistance and companionship provided by her sitters: Dorothy Turk, Gloria Welch, Mary Freeman, Mae Ola Dowdell, and Lilly Freeman. The family would also like to thank Arbor Spring Health and Rehab as well as Southern Care Hospice.

A private graveside memorial for the immediate family will be held on June 4 at Loachapoka United Methodist Church Cemetery. The family graciously declines gifts of flowers and encourages donations made to the individual’s charity of choice.

Plant a tree in memory of Grace by clicking here.
To send flowers to Grace's family, please visit our floral store.

Plant a tree in memory of Grace
An environmentally-friendly option

Plant a tree in memory of Grace

1 tree planted in memory of Grace

A Memorial Tree was planted for Grace W Collier

Plant a tree in memory of Grace