Share a memory
Obituary & Services
Tribute Wall
Read more about the life story of Michael "Dean" and share your memory.

Michael Dean Neptune (better known as "Dean"), the beloved husband of Joan Neptune, passed away in his home on November 25, 2022, while in Home Hospice. Dean was born in Akron, Ohio on March 27, 1944, to Lenore and Maurice Neptune. In 1946 he moved to Homewood, AL when his father returned from World War II. He graduated from Shades Valley High School and then went on to Auburn University.

While at Auburn University he received a Bachelor of Science in Ornamental Horticulture and then went on to receive a PhD. In physiology and biochemistry in 1969. He was also a member of the ROTC and graduated as a Second Lieutenant in the U.S. Army. The timing was such that he was quickly dispatched to Vietnam in December 1970, ultimately for 2 tours of duty. During his Vietnam service, one of his roles was serving under General Abrams on the Science Advisory Staff, including his involvement in removing Agent Orange herbicides from the country. Sadly, it was the effects of Agent Orange that led to Dean's non-Hodgkin's Lymphoma that ultimately took his life.

Dean's service was acknowledged by the Army with several medals, including "The Bronze Star for Meritorious Achievement in Ground Operations Against Hostile Forces."

After resigning his commission, Dean worked at several interesting jobs in several interesting places. Among them were: as a civilian for the Army at The Tropic Test Center in the Canal Zone in the Republic of Panama; and The Geografico Militar in South America including both Bolivia and Ecuador. Next, he went back to the United States where he worked for the US Environmental Protection Agency in several managerial roles. After leaving Government service, Dean went to work for NUS-Haliburton in Saudi Arabia to develop an Environmental Program and laboratory. He then returned to EPA for a few years in the Office of Research and Development. After that, the crowning achievement in his long and distinguished career was the founding of Neptune and Company in Los Alamos, NM, in October of 1992, which was an exciting and adventurous period for Dean and Joan. Dean retired from Neptune and Co. in the Spring of 2008. The next big event for the Neptunes was the purchase of a home and coffee farm in Boquete in the Republic of Panama, where they have been living half the year for 14 years. In December 2011 Dean and Joan moved their US home from Northern Virginia to Auburn and have enjoyed life here in “The Loveliest Village on The Plains."

Dean was a loving father and grandfather. He had two children with his former wife, Yvonne Neptune - Hal and Traci Neptune. His son Hal passed away in February 2021 (who is survived by his wife Sandy). Dean has also been a true father to Joan's daughter, Samantha Madden. They have 5 grandchildren: Nicole Kriak, (Chris), Hunter Madden, (Kiley), Nicholas Neptune (Joy), Bradley Neptune, and Quinn Madden. Dean is also survived by his sister, Ann Neptune and two nieces and three grandnephews and one grandniece. 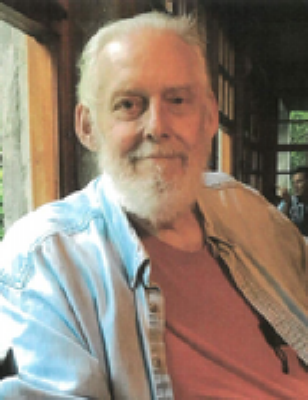 You can still show your support by sending flowers directly to the family, or by planting a memorial tree in the memory of Michael "Dean" Neptune
SHARE OBITUARY
© 2023 Jeffcoat-Trant Funeral Home. All Rights Reserved. Funeral Home website by CFS & TA | Terms of Use | Privacy Policy | Accessibility