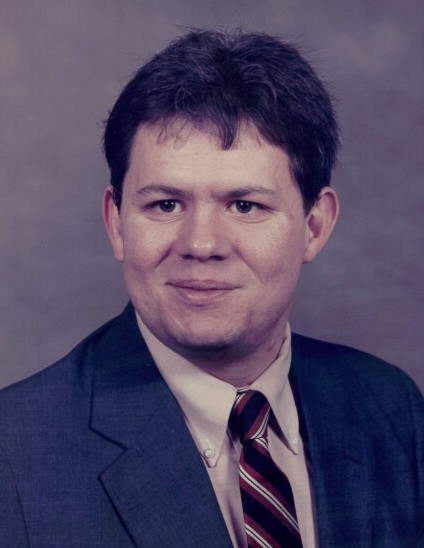 It has been said that God gives his toughest battles to his strongest soldiers, and if there were ever proof of that phrase it could be observed with Bill. Many medical obstacles presented themselves to Bill throughout his life, and it would have been easy for a weaker soul to let these impediments hinder any forward progress. But that was not Bill’s way, as any challenge was conquered by intelligence, tenacity, and willpower. Most importantly, Bill always met every trial with a smile, and never complained about his physical or mental challenges.

In his life, Bill’s work ethic and ability led to several accomplishments. As a young man, Bill was awarded the prestigious rank of Eagle Scout and was a member of the National Honor Society. Later on, he earned multiple undergraduate degrees, as well as an MBA in Finance from Drake University. After graduation, Bill joined his family’s company, Farmer’s Hybrid, and rose through the ranks before taking over as Controller of the company. Outside of his academics and professional life, Bill dedicated his time actively working within the Auburn Lions Club. He also helped to distribute the Tidbits paper to local businesses. Bill was a person of extreme faith and was a member of Auburn First Baptist Church.

Bill’s passions included playing golf, an activity which he excelled at, landing him a spot at the 1990 National Oldsmobile Scramble in Orlando, FL. Outside of family, his greatest love was sports, specifically Auburn Athletics and the St. Louis Cardinals. There was not an Auburn University game, no matter the sport, that he would miss and his love for the St. Louis Cardinals baseball team had him keeping accurate scorecards of each game – starting from when he was just 4 years old. More so than anything, Bill enjoyed being a big brother. Whether he lent a helping hand, an ear to talk to, a shoulder to cry on – Bill was always there to help his younger siblings when they needed him the most.

Bill Andrews will be remembered as someone who cared deeply and loved unconditionally. Even though Bill has left his body, his soul lives on in the family he leaves behind and the positive impact he had on all of them.  There will be a private service for the immediate family at Auburn First Baptist Church immediately followed by burial at Town Creek Cemetery on Saturday, March 27, 2021.