Share a memory
Obituary & Services
Tribute Wall
Read more about the life story of Richard and share your memory.

Born January 11, 1946, the eldest of four children born to Dr. Richard A. Dillard, MD and Natalie (Tallie) W. Dillard of Birmingham, AL. He was the grandson of Rev. E. Archer and Eva B. Dillard of Boone, NC and of Rev. C. Grey and Cecil W. Watson of Johnstown, PA. During his early life, he was reared and educated in the Homewood and Mountain Brook areas of Birmingham. He both graduated from high school and attended junior college at Marion Military Institute and graduated from Samford University (BA degree) in June 1968. Graduation day was additionally meaningful and special as he and J. Carol Elam of Birmingham were married that day into a union that would last over 54 years. While attending Samford, he was a member of Sigma Nu social fraternity.

By mid July 1968 he joined the U.S. Army and completed Basic Training, Advanced Individual Training (Infantry) at Ft. Polk, LA followed by Officer Candidate School (Infantry) at Ft. Benning, GA. After a tour in Vietnam, during which he received the Bronze Star, he joined the active Army Reserves as a member of the 87th MAC in Birmingham, AL. He retired as a Lt. Colonel with over twenty-four years of total service time to his country. He was inducted into the Order of St. Maurice, Legionnaire in 2014. It was following his discharge from active Army duty in 1972 that he enrolled at Auburn University and earned a BS degree in 1975.

In 1982, he became the first manager of the Kinko’s Copies in Auburn and was promoted to a regional manager position of eventually thirteen locations in the AL and MS region. He was also a managing partner of an affiliated Kinko's corporation until the buy-out by Fed-Ex and his retirement in 1999. He was a member of First Presbyterian Church (EPC) of Opelika, AL.

A memorial service will be conducted on December 5, 2022 at 10:00 a.m. at First Presbyterian Church in Opelika, AL, followed by an interment at Fort Mitchell National Cemetery at 1:30 p.m. CST (2:30 p.m. EST). The family requests that in lieu of flowers, donations be made to The Big Oak Ranch P.O. Box 507 Springville, AL 35146 or to one’s favorite charity. Members of Officer Candidate School (Infantry) Class 13-70 will assume the role of Honor Guard in service to the family.

The family wishes to express our sincere heartfelt gratitude for the loving care and comfort extended by his caregivers, Joann Norman, Ninga Johnson, Jeannette Strickland, Elena Heard, and the staff of Compassus Hospice Care. 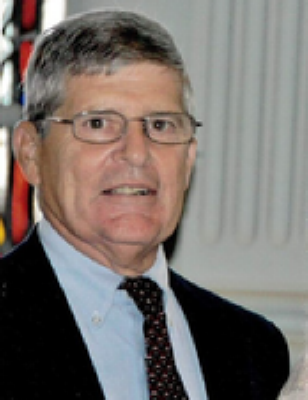