Share a memory
Obituary & Services
Tribute Wall
Read more about the life story of Richard and share your memory.

Richard Lafayette Guthrie, Dean Emeritus of the College of Agriculture at Auburn University, departed this life early in the morning of January 23, 2023. He died in his sleep after a brief illness, surrounded by family and friends in his last hours. He was 81 years old.

Richard was born May 29, 1941, to Nellie Rebecca Beecham and John Wesley Guthrie, Jr., in Union Springs, Alabama, and grew up on a dairy farm in Bullock County. Richard worked alongside his father, brother Larry, and sister Jeanne on the farm, but he also made time for academics and athletics. He lettered in four sports at Union Springs High School and finished second in his class academically. Throughout his childhood and young adulthood, Richard was active in 4-H activities and competitions.

After graduating from high school, Richard went on to play football and run track for Auburn University and graduated from Auburn with a bachelor's degree in agronomy and soils in 1962. While an undergraduate, Richard was initiated into Alpha Gamma Rho fraternity. In 1965, he earned a master’s degree at Auburn and moved his new family to Ithaca, New York, where he received a Ph.D. from Cornell University. Following that, Richard worked as a soil scientist for the U. S. Department of Agriculture for 20 years, concluding this first career in 1983 as National Leader for Soil Taxonomy in Washington, D.C. In 1983, Richard returned to his alma mater to serve as the head of Auburn University’s department of agronomy and soils. He later served as acting dean of Auburn’s College of Agriculture, associate dean of the international agricultural program, and, finally, as Dean of the College of Agriculture and Director of the Alabama Agricultural Experiment Station from 2005 to 2010.

Among his many honors and awards are the Alabama Farmers Federation’s Service to Agriculture Award, induction into the Southeast Region of the National Association of Conservation Districts’ Hall of Fame, and the 1996 Walter Gilbert Award, which is given annually to an individual who was a student athlete at Auburn and who has distinguished himself or herself through career and life achievements post-graduation.

After retirement, Richard remained active in the agricultural and forestry community, serving on the Alabama Forestry County and the Alabama Natural Resources County and, for more than 10 years, as Chairman of the Bullock County Soil and Water Conservation District. He most recently served as its supervisor.

A memorial service will be held at Auburn United Methodist Church on Thursday, January 26, at 2:00pm.

In lieu of flowers, the family requests memorial contributions be made to the Richard L. Guthrie Award for Achievement in International Agriculture, which was established to recognize distinguished achievement in international teaching, research, extension, or outreach in the College of Agriculture at Auburn University. 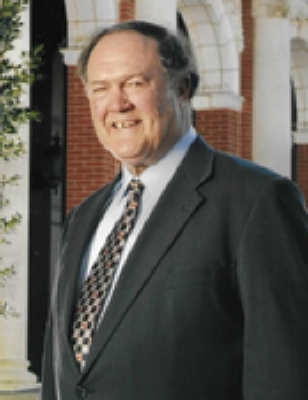